Havana may be Cuba’s capital and largest city, but Santiago de Cuba is its cultural capital. 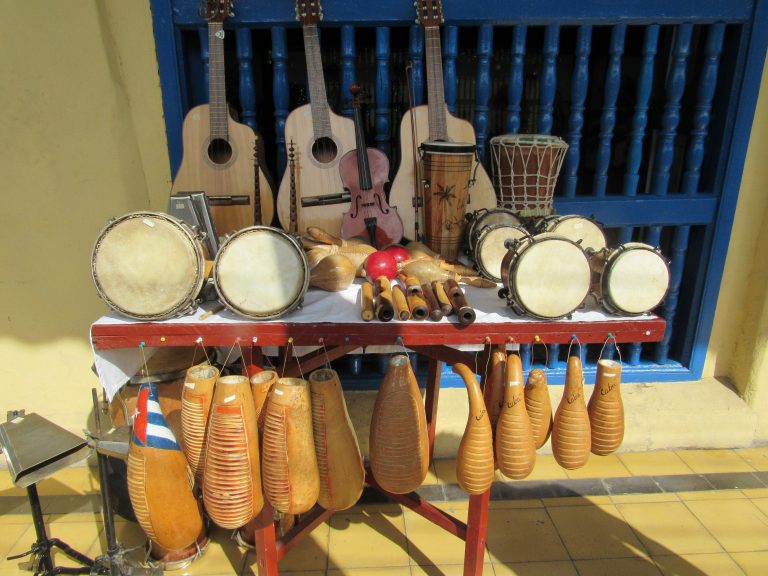 Nestled on the far southeastern side of the island, near the infamous Guantanamo Bay, Santiago de Cuba (Santiago) is the second largest city in Cuba, infused with Afro-Caribbean cultural and rebel influences.

It was in Santiago, where on July 26, 1953, Fidel Castro and others launched their Revolutionary movement with a failed armed attack on the Moncada Barracks. It was also in Santiago, where on January 1, 1959, Fidel Castro proclaimed the victory of the Cuban Revolution from a balcony on Santiago’s city hall. But Santiago’s revolutionary spirit was born long before Fidel ever touched foot there.

Santiago is home to Cuba’s largest Afro-Cuban population, most of whom are descended from slaves brought to Cuba from Africa and Haiti in the 1700s and 1800s to work its sugar plantations. Those slaves turned to music, dance and spirituality to survive the brutal conditions and that creolized legacy remains alive today.

In what can only be described as a secret act of rebellion, African slaves disguised their religion under acceptable Catholic symbols after their traditional religions were banned. Catholic saints came to represent Yoruban orishas (divine beings), each with distinct attributes and its own color. Today, a large number of Santiagueros practice Afro-Cuban religions, most notably Santería. You’ll often see them wearing red, white, or yellow beads, with each color representing a different saint.

Santiago is the birthplace of son, the traditional music and dance from which salsa dancing is derived, and guaguancó, a sub-genre of Cuban rumba, combining percussion, voices, and dance. The music permeates every pore of Santiago and you couldn’t escape it if you tried. From the local coffee shops and bars, to the legendary Casa de la Trova, Casa de la Musica, Casa de las Tradiciones, Casa del Caribe, and Patio de los dos abuelos, the intoxicating beats of Afro-Cuban music will draw you in and leave you wanting more.

From Havana, Santiago is a 1.5 hour flight or a long 16 hour bus ride, but it’s worth every minute. If you haven’t yet been, I encourage you to go and experience the exciting fusion of rum, music and revolution. To help you plan, here’s a list of my favorite things to do there:

If you want to learn the history of Santiago’s biggest party, held each year in late July, the Carnival Museum is the place to go. You’ll find floats, effigies, costumes, musical instruments, and more from past Carnivals. If you’re lucky, you can also catch a live folklorico dance performance on the patio. They’re typically held in the afternoon around 4:00 pm, but the schedule is irregular.

The July 26 Museum commemorates that day in 1953, when more than 100 revolutionaries led by Fidel Castro stormed dictator Fulgencio Batista’s troops at Moncada Barracks, then Cuba’s second-most important military garrison. The barracks have since been converted into a school called Ciudad Escolar 26 de Julio, and the museum is located near gate 3, where the main attack took place. There are replica bullet holes at the entrance to serve as a poignant reminder of that day. The museum contains interesting historical relics, including a scale model of the barracks, diagrams and models of the attack’s planning and aftermath, and photographs of the 61 fallen men.

Built on a hill in the nearby town of El Cobre, the Monument to Runaway Slaves is a towering bronze and iron sculpture that honors one of Cuba’s earliest slave revolts that took place on July 24, 1731. The sculpture stands on a nganga (which means a metal pot in the “Regla de Palo Monte” Afro-Cuban religion), in which religious believers and practitioners place their offerings. El Cobre is located 14 miles outside of Santiago.

Also located in El Cobre, this shrine celebrates Cuba’s virgin saint Our Lady of Charity, a black Madonna that so closely resembles the African orisha Ochún that many Cubans believe them to be one and the same.

Known locally as “El Morro”, this UNESCO World Heritage site was built in 1638 as a military fortress to defend foreign attacks, and later served as a prison. Today, it is a museum and popular tourist attraction. This well-preserved fort has several levels of terraces overlooking Santiago Bay and offers amazing panoramic views of Santiago’s coastline. Every day at sunset there is a cañonazo ceremony (firing of the cannons). El Morro is located about six miles southwest of the city center. 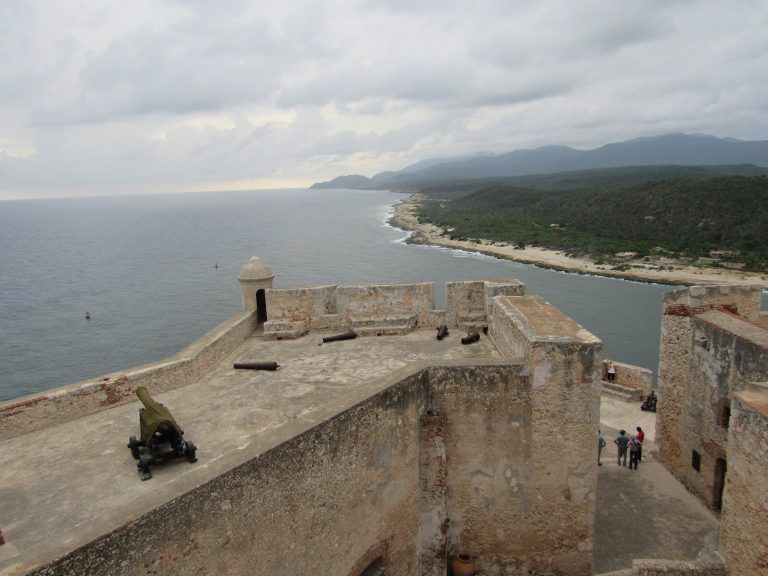 This cultural museum allows visitors to explore and learn about Cuba’s various Afro-Cuban religions, including Santería which is the most widely practiced. The museum houses a variety of religious icons, with displays symbolizing the syncretism of Catholic religious symbols with African orishas — images of Jesus Christ can be seen juxtaposed with ceremonial machetes and stuffed reptiles used in Santería ceremonies.

This is the place to be on Sunday evenings from 5:00 to 9:00 pm for the weekly rumba. It’s a high energy, action packed music and dance performance celebrating the deities of Afro-Cuban religion. This cultural institution has dance lessons and events most days of the week. They also organize the Festival del Caribe and the Fiesta del Fuego every July.

This square is the social hub of Santiago, where locals come to see and be seen — and to enjoy the open wifi signal. You can expect to see anything here, from live music and dance performances, to vendors selling roasted peanuts, to people walking, talking, flirting, and laughing. The square is surrounded by several colonial era buildings, including the Ayuntamiento or Town Hall, the former San Carlos Club, the Casa Granda Hotel, and the beautiful Catedral de Nuestra Señora de la Asunción (which holds the record for being the most reconstructed and remodeled building in the city).

This park is the center of the Malecón (boardwalk) and features a playground, gym, palm trees and public wi-fi. It’s a great place to relax and people watch or take a stroll along the seafront. There’s even a restaurant that looks over the bay.

These steps are the gateway to the Tivolí neighborhood, Santiago’s picturesque old French quarter, and one of its main attractions. The 52 steps are more than 100 years old and often the site of rousing dominoes games.

This square is anchored by an impressive statue of Afro-Cuban hero and native son, Antonio Maceo. Maceo sits atop his horse and is surrounded by 23 raised machetes. There is also a small museum which contains information on his life. Directly across the street is a large billboard of Fidel Castro with the city’s motto: “rebelde ayer, hospitalaria hoy, heroica siempre” (rebellious yesterday, hospitable today, heroic always). 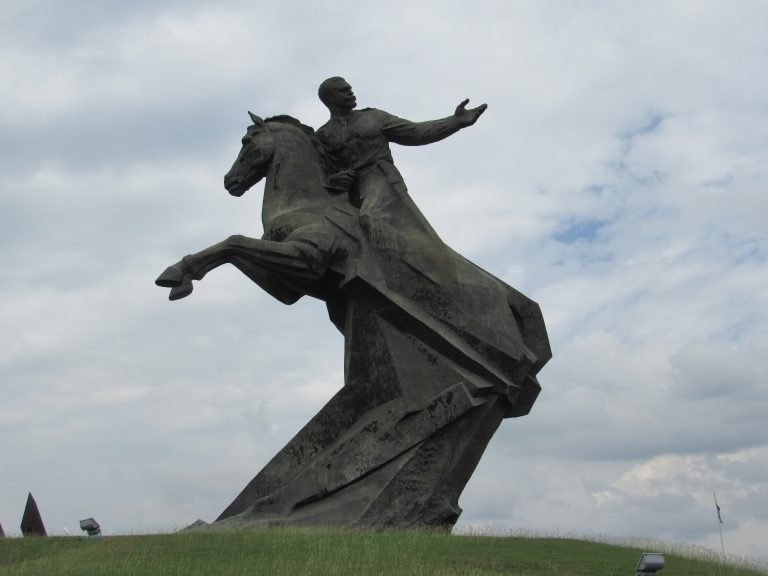 Santiagueros are very welcoming and friendly, and they will be the highlight of your visit to Santiago. Go to the local coffee shops, parks and bars where they hang out. Play dominoes. Take salsa and rumba lessons. Chat with them and learn about their fascinating history, religion, and culture (granted you will struggle if you don’t speak Spanish since most don’t speak English; but they’ll go out of their way to try and there’s always Google Translate). Chances are they’ll invite you to their home or to a party, and you’ll leave with new lifelong friends.

And when it comes to nightlife, Santiago is second to none. There is a dizzying number of bars, clubs and other venues with live jazz, salsa, son, and other Caribbean music, all of course with spectacular dancing. So let your hair down and have fun. But don’t say I didn’t warn you. Santiago is addicting. 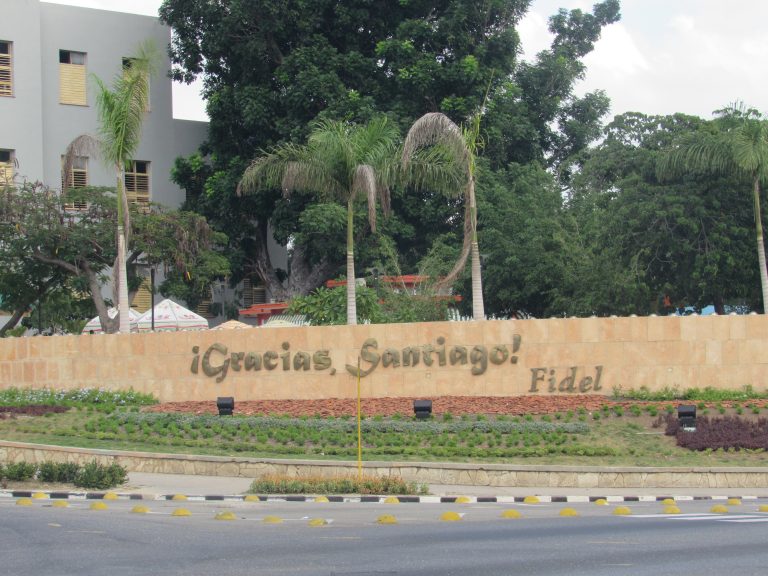 Have you been to Santiago de Cuba? What are your favorite things to do there? Share in the comments below.

Leave a Reply to A curious visitor. Cancel reply