After Durban, I hit the road and headed west on my way to the Drakensberg region in KwaZulu-Natal (KZN). After 3 hours I made it to Himeville, where I spent the night before my next-day adventure on the Sani Pass. With a climb of 4,370 vertical feet and a summit altitude of 9400 feet, it’s been said that the Sani Pass is the mother of all South African mountain passes. After experiencing it firsthand, I’d have to agree. 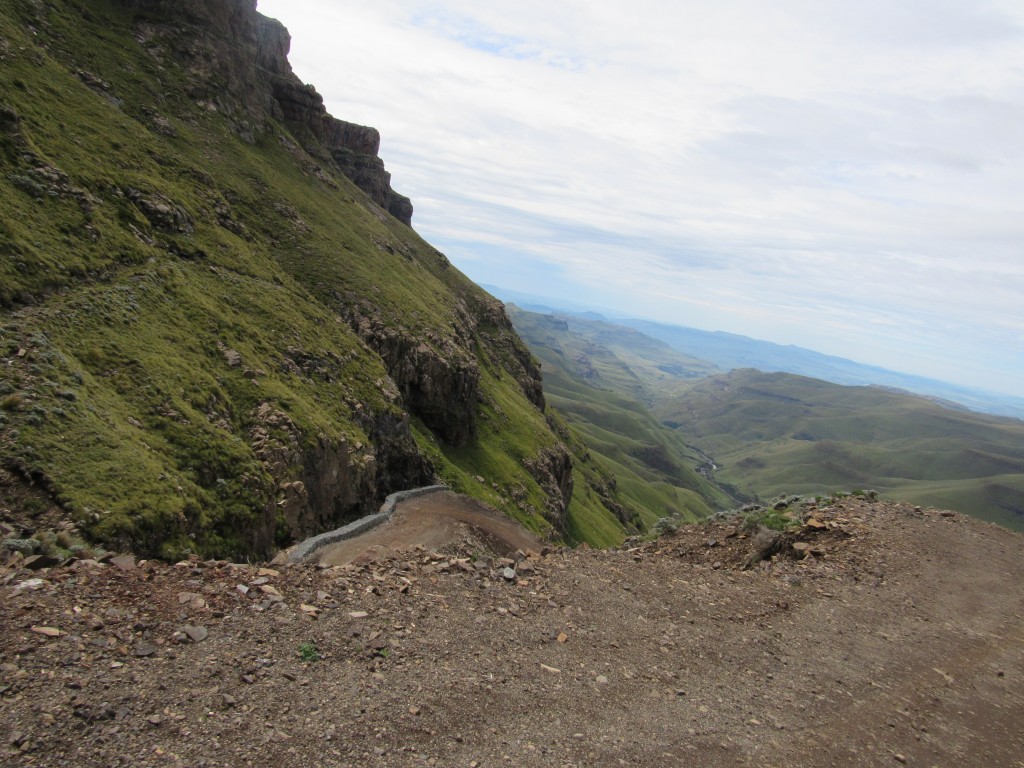 Connecting KZN and the landlocked mountain kingdom of Lesotho, the Sani Pass is not for the faint of heart (or those with a tendency for motion sickness). It’s a bumpy, twisting, turning and sometimes scary ride on a narrow dirt gravel road through the steep slopes of the Drakensberg mountain range.  With that being said, the views are incredible and worth every minute of the ride. 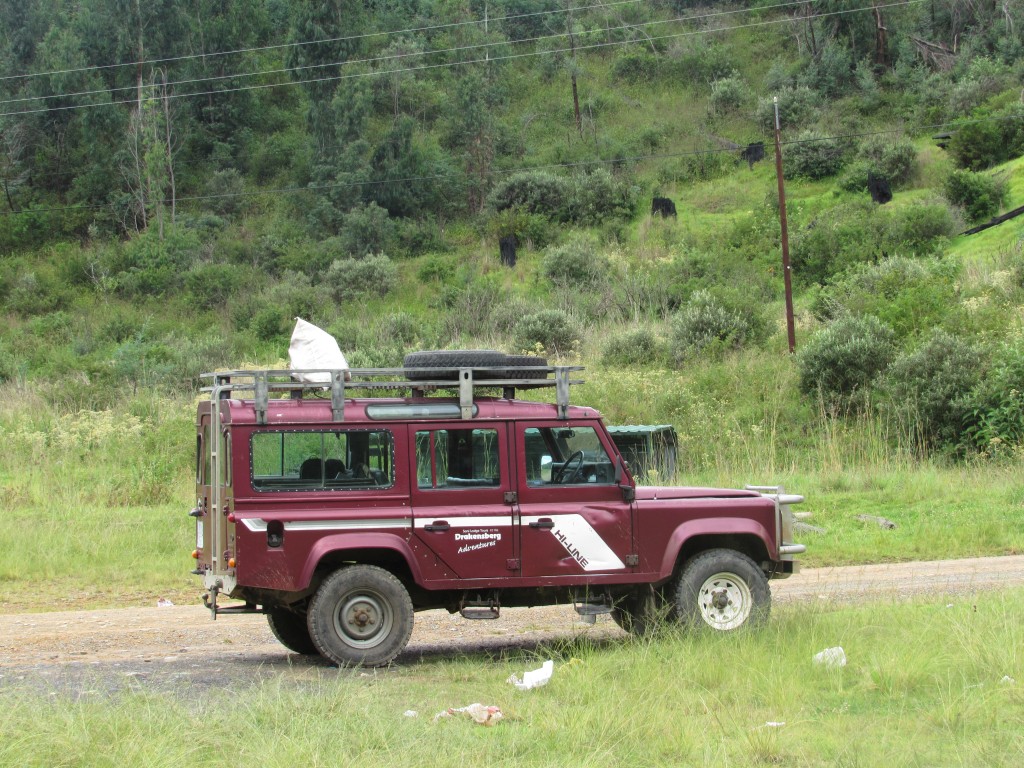 I took a 2-day trip to Eastern Lesotho with Drakensberg Adventures. Our group of 5 loaded into a 4×4 around 9:30 am and started our trek up the Sani Pass. At first it seemed easy enough, but the gravel road progressively narrowed and grew bumpier, jostling us around and giving us an “African massage”  as our tour guide affectionately called it. In about 30 minutes we arrived at the South African border post, where we exited the truck to receive our passport departure stamps. There we learned we had another 2 hours before we arrived at the Lesotho border. This was where the fun began. 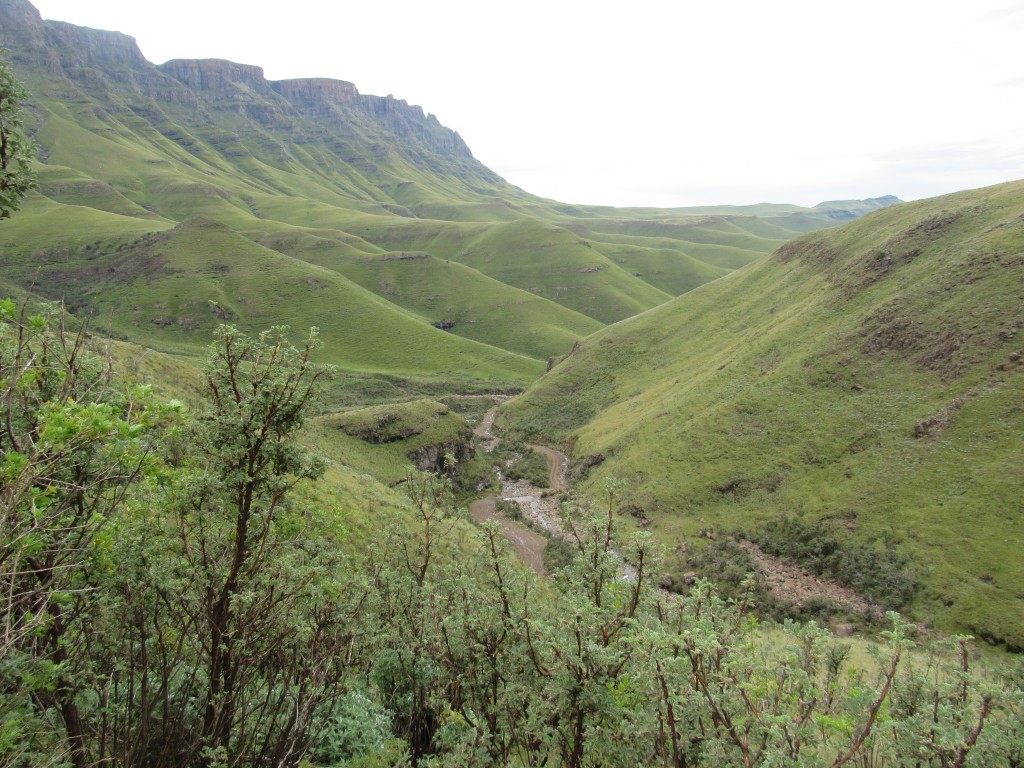 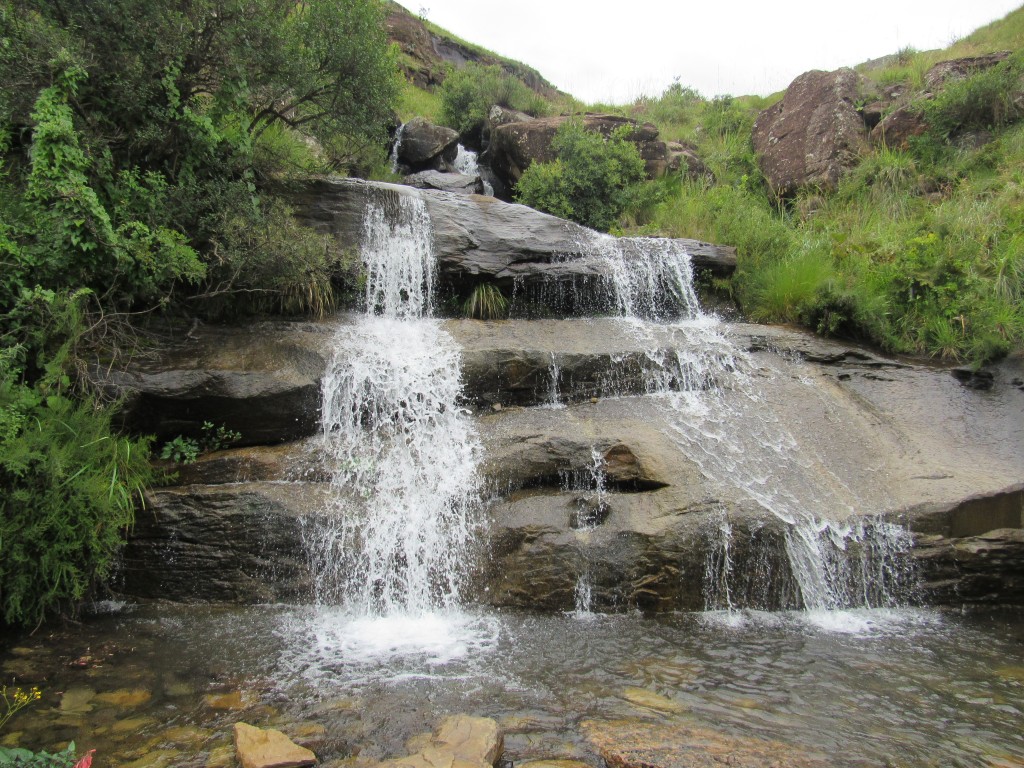 We drove for about an hour, passing numerous waterfalls and expansive views of the Khomazana river valley.  We also learned about the geology of the mountains, the native birds and animals, and the multitude of flora and fauna in the area.  I took tons of photos, but as hard as I tried, my camera lens just could not capture the vastness and sheer beauty of the scenery. You really have to see it with your own eyes to appreciate the magnitude.  We stopped for lunch around 11:30 am, taking in the views and enjoying the peace and serenity.

Me enjoying the view 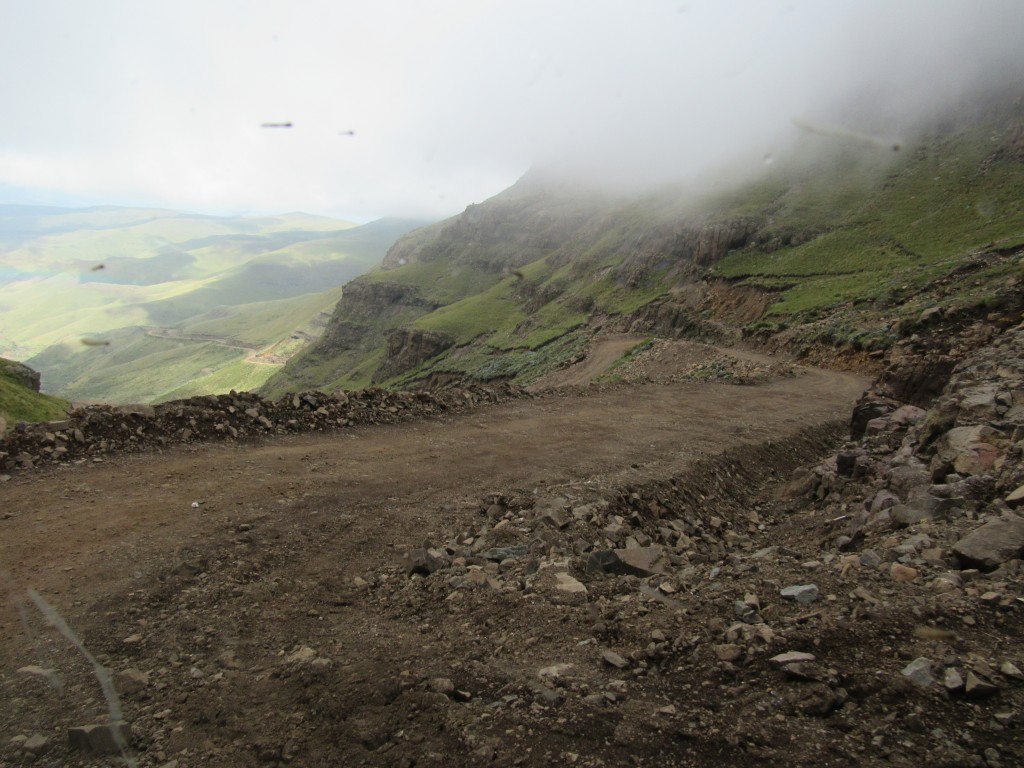 Almost at the Sani Top

The last 30 minutes was the scariest part of the drive.  We rounded a series of hairpin turns and steep climbs at the edge of the mountain. The gravel road was most narrow here, requiring 100% concentration and skill. At this point, I thanked myself that I’d had the good sense not to attempt this drive on my own. Our driver, who was born and raised in Lesotho, said he’d driven the Sani Pass hundreds of times so it was like second nature to him.  He got us up to the final summit with no problem and we finally arrived at the Sani Top nearly 3 hours after we’d started.  After a quick stop at the Lesotho border post to have our passports stamped, we were on our way to the Matsoaing village which would be our home for the next two days.

Check out this video by Mountain Passes of South Africa for a firsthand view of the ride.

Car wrecked on the Sani Pass

Have you driven or rode on the Sani Pass?  What did you think?  Share your comments below.